Back to news > Regulatory Changes 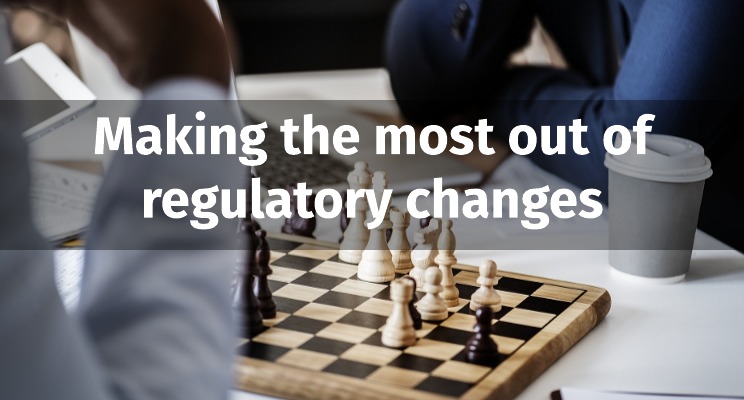 If firms are required by the Solicitors Regulatory Authority, to publish a tariff of prices in the future, consumers will still need to visit multiple law firm sites to access pricing information to be able to compare.

The SRA does not intend to hold such data centrally but we have been collating and displaying these fixed fee costs for two years already which has given us valuable insights into how such information can be used to generate increased leads and instructions for legal firms.

The most recently released report from the SRA shows marked changes in consumer buying behaviour, 71% of consumers now spend more than an hour researching law firms and 66% consider more than one provider. Usage of online resources are now a very significant factor in considering instruction of a lawyer.

Despite the explosion of online research, consumers are frustrated at the lack of clear price information available. Familiarity with other sectors which offer instant price gratification is leading to a huge disconnect; which in turn fuels negative perceptions about the profession, especially relating to high costs and low levels of trust.

In the supporting research for the SRA report is a fascinating statistic. 58% of the clients who had instructed solicitors reported having paid a fixed fee. This high percentage is dominated by fixed fee conveyancing costs, followed by wills and divorce. What is surprising is how large a proportion of fee earning is derived already from fixed fees, albeit some of these will be agreed once the scope of the matter has been ascertained; which begs the question, why are law firms so cautious about publishing prices?

It is against this backdrop that the SRA has proposed to ‘mandate’ law firms to publish a tariff of fixed fee prices. A report on this is due out in the summer and from meetings in which we’ve participated, there is little doubt that this will roll out at some point in the next 1-2years.

The recent SRA report does reveal another important statistic about pricing and its use directly as a guide for 32% of instructing consumers. In tandem with that, 42% of consumers make their buying decisions based upon reputation – which in this day and age is not being gauged by the firms’ own website ‘blurb’, but by the independent reviews and ratings which are being generated daily by your clients; whether you like it or not!

Despite some industry concerns about fixed fee pricing being a race to the bottom, in reality it is a race to five stars. Our own analysis of consumers and SME’s using JustBeagle, revealed that price was viewed first and then filtered to show ratings. At this point the consumer would select the highest ranked product which was priced at mid-range. So, where price is visible, it’s not a race to the bottom, it’s a race to the middle + a five-star rating. Everything is so easily accessible in the digital dimension and it is entirely sensible that we credit most consumers with being able to consider two complimentary data sets at one time, especially when making important decisions.

Price transparency isn’t a negative aspiration, it is an open acknowledgment that times have changed and with 8/10 consumers not using lawyers for their problems and a digital revolution likely to further reduce our market share, fixed fee publication is a simple and effective way to reach out to clients nationally and even potentially reach new clients who would not previously have considered instructing professional help.

The regulators and the consumers have been demanding we make significant change and yet we are still behind the curve. The Legal Services Act did little to fundamentally increase competition, we now need to seize the initiative and start embracing transparency on price, alongside the pursuit of a five-star digital reputation.

Lastly, I noticed that the SRA research included a rather endearing section of surveys from 11-15yr olds, 86% of whom imagined ‘if ever they needed a lawyer, they would go online to find her/him.’ The future is coming very quickly, don’t let yourself fall behind and not be around to meet those future adult teenagers when they need to instruct you.